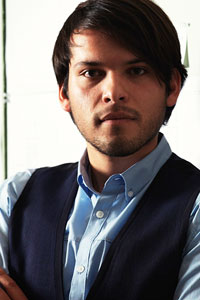 Learning about new places and cultures never fails to inspire Juan De Loera. Born in Mexico and raised in California and Texas, he has managed to balance breadth and depth throughout his years as an undergraduate.

De Loera is on his way to completing bachelor’s degrees in architecture and French. Still, the education he gained within the bounds of the Texas Tech campus was enhanced by his semester abroad in France. In addition to strengthening his conversational skills through courses with his fellow students and Professor Carole Edwards, De Loera had the opportunity to connect with several people from France and, as a result, he learned firsthand about the country’s society and culture.

De Loera also is committed to giving back through the university’s chapter of Global Architecture Brigades, which he began at Texas Tech and now leads. The group designs and builds sustainable facilities in Central America.

Beyond graduation, De Loera plans to continue studying architecture and French at the graduate level, ideally in France.