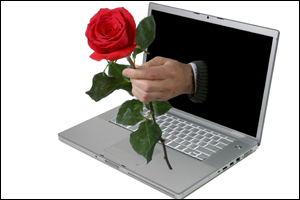 According to statisticbrain.com, 40 million people in the U.S. have tried online dating, spending an average of $239 a year on online dating sites.

Notre Dame linebacker Manti Te’o says he believed that he had a year-long dating relationship online with a woman at Stanford who died of leukemia right after his grandmother also passed, then came back to life saying she faked her own death to escape drug dealers, only to discover that  she wasn’t real, and that he (Te’o) was the victim of a “sick joke” played by a “good friend” who was abused as a child by a family member and then told Dr. Phil all about it on national TV explaining that he enjoyed creating online personas to live in an alternate reality and feel like he was a good human being.

It would take a playbook as big as Notre Dame’s, play-by-play commentators, instant replay and lots of scratch paper to figure out all the truths, half-truths and lies involved in this particular web of love. But this begs the question: Is online dating always this weird?

According to statisticbrain.com, 40 million people in the United States have tried online dating, spending an average of $239 a year on online dating sites. The industry rakes in $1.05 billion annually.

It’s changing the way we find a match, according to Texas Tech relationship experts.

Sheila Garos, an associate professor and director of the Psychology Clinic, said dating websites have changed the way humans interact, and said some believe traditional courting is becoming obsolete.

“Group dates, hook-ups and hanging out have become the standard,” she said. “What once took time, investment and effort now happens casually and instantly. Courtship was a process of getting to know someone over sufficient time to determine whether two people shared core values, common interests and to explore whether involvement with a person would evolve into a long-term, committed relationship. It is an intentioned disposition toward mate selection and intimacy that hook-ups and hanging out do not afford.”

Online Dating May Be Fine for Some

The draw to date online helps some to feel a sense of security and the opportunity to slowly build up their comfort levels with the other person said Narissra Punyanunt-Carter, an associate professor of communication studies. In other ways, online dating allows people with tight schedules or long distances to interact and find a partner.

“Some people are perfectly happy with a strictly online relationship, as it fulfills an emotional need for them,” she said. “Online dating offers people the ability to communicate without holding back. Sometimes people will disclose very personal thoughts online because they don’t have another set of eyes staring straight back at them. It allows them to truly express themselves. However, their comments might be misinterpreted because the other person does not see all the subtle nonverbal cues that come with face-to-face interactions.”

Online dating has speeded up the dating process, and relationships develop and dissolve much quicker than they have before, said Patrick Hughes, associate vice provost for undergraduate education and an expert in relationship communication. 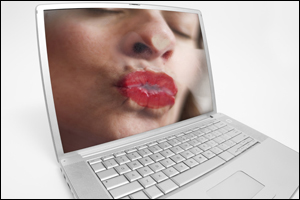 One Texas Tech expert said the best way to avoid a communication gap associated with online romance is to move it into the real world as quickly and safely as possible.

“Two decades ago, you found your relationship partner in college,” he said. “After that, your field of available partners significantly shrinks to the workplace and your neighborhood. Now, there is always someone available.”

While many people enjoy the ability online to be more frank than in person, this can also be a hindrance, he said. Typing online or only calling means people are missing part of the communication one receives from body language and voice inflection. This can sometimes lead to scammers using the online love experience as one more game for personal gain.

“The Internet forces someone to trust affective judgments,” he said. “Sometimes, liking the idea of the other person is so persuasive, especially in the face of lacking other information that they almost make what they want to be true into reality. The Internet can control information, and it limits a person’s ability to see what is true and what is not.

“If you want to lie to someone, do it online. We can’t make complex judgments very well online based on isolated bits of information doled out by another user in an online relationship.”

All experts said people should hold to the rules of reciprocity and avoid giving out more information about themselves when the interested party holds back. Dated photos , the reluctance to provide a photo or meet  in person can all serve as red flags.

“You should never trust someone who wants to come over to your house or asks for money,” Garos said. “Watch for the use of hostile or angry remarks that seem to come out of nowhere or people claiming instant attraction or sexualizing the communication. These are just some examples. The bottom line is this: You have no way of really knowing who you are dealing with.”

The best way to avoid this communication gap associated with online romance is to move it into the real world as quickly and safely as possible, Hughes said.

“Once we’ve established the rules for interaction, the dynamics of a relationship have to occur in a variety of contexts to know the other person, just like when we let a significant other meet our family for the first time,” he said. “We learn about the person in broader and deeper ways. This is why it was so easy to deceive Manti Te’o. The Internet is a perfect deception tool, especially in personal relationships.”