Duane Nellis currently is president of the University of Idaho, the state’s flagship institution. 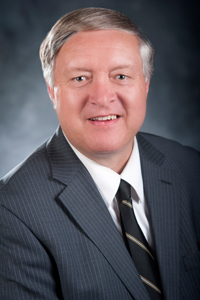 Chancellor Kent Hance and the members of the Board of Regents announced Nellis for the position after interviewing candidates identified through a nationwide search and presented by a search and an advisory committee.

“Texas Tech University has never been in a better position and calls for an esteemed president to further the university’s extraordinary growth and recent achievements,” Hance said. “Duane Nellis is a visionary leader with an outstanding record of accomplishment in higher education. I am confident Dr. Nellis will advance Texas Tech University and look forward to working with him.”

Nellis is the current president of the University of Idaho, the state of Idaho’s premier land-grant research university and flagship institution. Nellis has secured record student enrollments, enhanced the university’s research profile and spearheaded the university’s largest fundraising campaign, since he began in July 2009.

“Dr. Nellis’ distinguished background and proven ability to lead makes him well suited for this position,” said Mickey Long, chairman of the Board of Regents. “We are excited to welcome Dr. Nellis to Texas Tech University and anticipate he will accomplish great things.”

Nellis earned his bachelor’s degree in earth sciences/geography at Montana State University, where he met and married his wife, Ruthie. He received his master’s and doctoral degrees in geography from Oregon State University. Throughout his career, Nellis has authored more than 100 articles and reports, 17 books and book chapters and has been funded by more than 50 sources such as NASA, the National Geographic Society, the U.S. Agency for International Development and the U.S. Department of Agriculture.

Nellis succeeds Lawrence Schovanec, who has served as interim president of Texas Tech University since former President Guy Bailey resigned from the position in August 2012. State law requires 21 days must pass before final action is taken by a university governing body for the appointment of a president.