Ron Milam will help advise construction of a learning facility at the Vietnam Veterans and Lincoln Memorials. 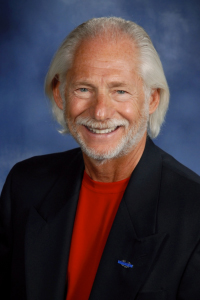 Ron Milam, associate professor of history, Vietnam veteran and author of “Not a Gentleman’s War: An Inside View of Junior Officers in the Vietnam War,” will serve on the 10-member committee.

“I was deeply honored to be asked by the National Park Service and the Vietnam Veterans Memorial Fund to serve on this important committee,” Milam said. “When they interviewed me, I kept thinking that there were so many Vietnam scholars who had written more books than I. And when I saw the names of my colleagues who had been chosen, it was overwhelming.  I think the reputation of Texas Tech University regarding military history and our Vietnam Center and Archive was instrumental in me being asked to serve.”

Members will collaborate with the National Park Service and the museum-design firm Ralph Appelbaum Associates on creation of the center, which organizers expect to break ground on the new site in 2013.

The team will craft a concise, compelling narrative of the Vietnam War for the education center, which will give context to the 58,282 names that appear on the Vietnam Veterans Memorial Wall. Organizers want the center to serve as a central point where every American can learn about the war and its profound impact on both those who served and those who remained at home.

The exhibition program honors the war’s living veterans and its fallen soldiers while exploring loss and remembrance, the process of healing and gratitude for service.

Randy McBee, chairman of the Department of History at Texas Tech, said Milam’s appointment shows the level of quality for Vietnam scholarship pursued by researchers and historians at Texas Tech.

“Dr. Milam’s membership on the advisory committee directly reflects the importance of his scholarship on junior officers in the Vietnam War, a topic that has not attracted the attention it deserves and one that is critical to understanding the United States’ experience in Southeast Asia,” he said.

Milam said his contribution will focus primarily on the work of the soldiers who were sent to the front lines. 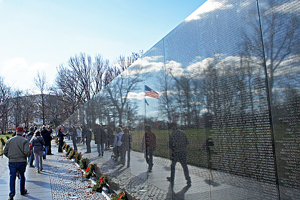 The Education Center at The Wall will be constructed on the grounds of the Vietnam Veterans and Lincoln Memorials.

“I am one of the few scholars who concentrates work on those who fought and died rather than on those who sent them there,” he said. “I believe the stories of the names on The Wall are very important to our understanding of the war. My research and my war experiences will hopefully help future generations understand this tragic period of American history. When people walk from The Wall to our education center, they will reflect on the 58,000-plus names that they just witnessed, and then they will see their faces and read the narrative of the war, which will help them understand the sacrifices made by those men and women.”

Visit http://www.vvmf.org/977 to learn more about the Advisory Committee members.