These producers now have a new tool that will help them evaluate business decisions. 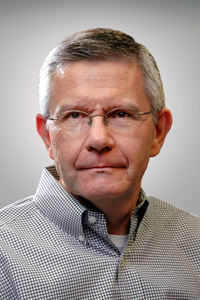 During the past three years, an impressive problem-solving computer program called the Stocker Cattle Analysis Tool slowly evolved in the academic recesses of several agricultural economists’ offices across the nation. Now, it’s ready to roll out the gate at no cost to cattle producers.

“In a straightforward way, producers now have a new, visually compelling tool to use in analyzing their business options.” said Thomas Knight, an internationally recognized agriculture risk management expert and Horn Professor with Texas Tech’s Department of Agricultural and Applied Economics.

Texas, Kansas and Oklahoma generate roughly 3 million stocker cattle annually. Stocker cattle also are produced throughout the Southeastern United States. Stocker cattle are generally considered young, lightweight animals that are pastured on winter wheat or other cool season annual forages to increase their weight by 300 or more pounds before they are placed in feedlots for final finishing.

“Developed in a partnership between Texas Tech University, Mississippi State University and U.S. Department of Agriculture-Risk Management Agency, the decision tool is specifically designed to assist stocker cattle producers in evaluating a wide range of production, insurance and marketing decisions on their cattle,” Knight said.

Producers who produce both cattle and wheat for grain also can evaluate a similar set of decisions regarding their wheat production. 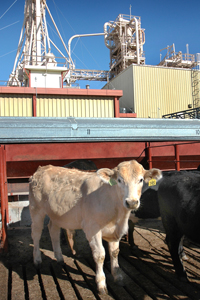 Stocker cattle are generally considered young, lightweight animals pastured on cool season annual forages to increase their weight before they are placed in feedlots for final finishing.

Among the decisions the online tool can be used to evaluate are profitability and risk for different types and weights of cattle; wheat production versus graze out; and purchase of alternative wheat insurance products including: yield protection, revenue protection, and revenue protection with harvest price exclusion.

Other options include the purchase of Livestock Risk Protection on stocker cattle; and choice among farm program options. Pricing options for both stocker cattle and wheat include cash pricing, forward contracting, or futures hedging.

Knight said that up to five alternatives can be considered and compared in a single analysis. Results for each alternative analyzed can be displayed both graphically and in tabular format, Knight said. In addition, inputs and results summaries for all alternatives can be printed for reference in decision making or for comparison with future analysis conducted with the decision tool, he said.

“The decision environment confronted by agricultural producers is complex,” said Knight, Texas Tech’s Emabeth Thompson Professor of Risk Management. “This decision aid is structured to cut through some of that complexity and help stocker cattle producers make better informed decisions that consider both profitability and risk exposure. By making this comprehensive tool available, we hope to save producers time and assist them in achieving their business goals.”