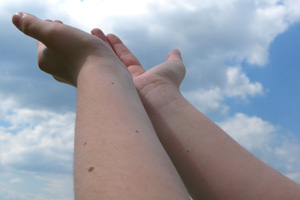 The Lubbock Area United Way hosted a Victory Report Luncheon today (Nov. 27) at the Lubbock Memorial Civic Center to announce the results of its annual campaign.

The SECC is a statewide annual giving campaign that Texas Tech and the TTUS participate in each year. The two organizations raised $484,908 out of the total $5.5 million of the Lubbock Area United Way campaign, which is the largest amount ever donated.

“I am very pleased,” said David Abercia, campaign coordinator for the university and system. “This is the first time in three years that we actually met the goal.”

Abercia said he thinks the economic downturn over the past few years most likely contributed to lower donations, but with the improving economic conditions, people want to give back again.

The success of this year’s campaign and the message it sends are especially significant as it comes during the holiday season.

“The impact for this is going to be huge,” Abercia said. “Most of the donations are designated to local charities, so the money does stay here in West Texas. It really is about helping our neighbors and giving back to our local community.”

Making it Easier to Donate

This was the first year Texas Tech employees could submit their donations online. Abercia said the digital forms helped increase the participation level as well as the individual level of giving per employee who participated.

There were almost 40 new leadership givers (those who donated $1,000 or more), which could be attributed to how the form detailed the levels of giving specifically for each employee. Abercia said that helped by suggesting to employees how much to give since there is no standard amount across the board.

During the campaign, he received a lot of positive feedback with the digital submission of forms, with only a few small issues arising. He said coordinators especially appreciated the ease of the new system and the autonomy it gave employees.

The digital forms will help even more during next year’s campaign, he said. An employee can choose to automatically give the same amount to the same organizations with just one click. He said this will make it even easier to participate.

There will be other changes coming next year to help improve the form, but Abercia said he is proud that for the most part, employees were not really affected by any issues and at how smooth the transition to digital forms went.

“We appreciate the support of every employee who participated in this year’s campaign and look forward to their continued support,” he said.