The giant animal needed cliffs, downward-sloping runways to taxi and awkwardly take off into air. 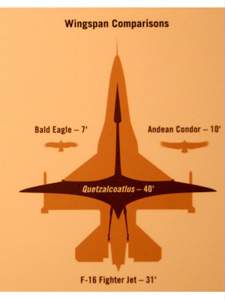 They could have wingspans of up to 10.4 meters, longer than the wingspan of an F-16 Fighter Jet.

It pushed the very boundaries of size to the brink and is considered the largest flying animal yet to be discovered. Any larger, and it would have had to walk. But its bulk caused researchers to wonder how such a heavy animal with relatively flimsy wings became airborne.

Sankar Chatterjee, Horn Professor of Geosciences and curator of paleontology at the Museum of Texas Tech University, recently described the flight dynamics of this animal during the annual meeting of the Geological Society of America in Charlotte, N.C.

Using a computer simulation, Chatterjee and his colleagues unraveled the secrets of the flight for the massive pterosaur, discovered in the Big Bend area of Texas, which has captured the imagination of paleontologists and public so profoundly.

“This animal probably flew like an albatross or a frigate bird in that it could soar and glide very well,” Chatterjee said. “It spent most of its time in the air. But when it comes to takeoff and landing, they’re so awkward that they had to run. If it were taking off from a cliff, then it was OK. But if Quetzalcoatlus were on the ground, it probably had to find a sloping area like a river bank, and then run quickly on four feet, then two to pick up enough power to get into the air. It needed an area to taxi.”

Speculation exists on what this animal looked like, Chatterjee said. Some researchers suggested recently that Quetzalcoatlus could have weighed up to 550 pounds and used forelimbs as a catapult in the same manner of a common vampire bat to create a standing takeoff.

However, Chatterjee said that computer modeling proved what is possible for a tiny, lightweight, 1-ounce bat appeared impossible for an animal 10,000 times heavier.

Flight performance seems to degrade systematically with body size because power decreases with body size, he said. Above a particular size, the available power is insufficient and flapping flight is not possible. The animal would not be able to maintain height when flying at its maximum power speed and exert full power.

“Its enormous wings must have been difficult to manage,” Chatterjee said. “Each wing had at least a 16-foot span, so during its full downstroke it would smash its wing resulting in crash landing. A standing takeoff of flying of such a heavy animal violates the laws of physics.” 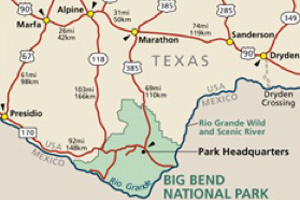 Bones of Quetzalcoatlus were first discovered in the Big Bend area of Texas.

Like today’s condors and other large birds, Quetzalcoatlus probably relied on updraft to remain in the air, Chatterjee said. It was a superb glider with a gliding angle close to two degrees and a cruising speed of 36 miles per hour. Their bones were entirely hollow, filled with air, lightweight and strong. This is how such a large animal could weigh so little and still grow to its enormous size.

The animal had high-aspect-ratio wings like those of modern seabirds, meaning the wings were long, narrow, flat and pointed. It soared in open airspace by exploiting thermals or wind gradient above the ocean surface. Trading for size, the wings were structurally weak for vigorous flapping, causing the pterosaur difficulty during ground takeoff.

“Sooner or later the animal would come to the ground, especially during foraging and nesting,” Chatterjee said. “Like albatrosses and the Great Kori bustards, which weigh 20 to 40 pounds, ground takeoff was agonizing and embarrassing for Quetzalcoatlus. With a slight headwind and as little as a 10-degree downhill slope, an adult would be able to take off in a bipedal running start to pick up flying speed, just like a hang glider pilot. Once it got off the ground, the giant pterodactyl entered into thermal and soared like majestic masters of the air.”