Texas Tech claimed first-place honors at the event for the fifth-straight year. 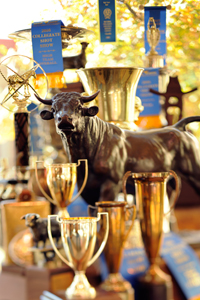 The team posted a total score of 4,074 points and outdistanced its nearest competitor, Oklahoma State University, by 55 points. Kansas State University, Angelo State University and Texas A&M University were third, fourth and fifth overall, respectively. Fifteen universities from across the United States were represented at the competition.

“I’m very proud of the commitment of these students,” Miller said. “They have two more contests this fall that will require them to continue to work hard and focus.”

The team will compete in Plainview Nov. 4 and at the International in Dakotah City, Neb., on Nov. 18.