The university is a model for others due to high degree attainment by Hispanic and African-American students. 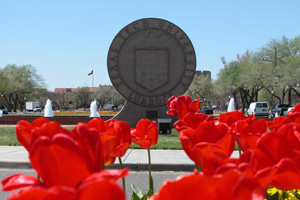 Texas Tech has managed to raise graduation rates for Hispanic and African-American students by more than 18 percentage points.

Texas Tech is a model for other universities to follow due to high degree attainment by Hispanic and African-American students, according to a recent study by The Education Trust.

In a summary of the findings, Texas Tech is one of only four universities mentioned. The others are Virginia Commonwealth University, Stony Brook University, and the University of Southern California.

“One of our priorities as university administrators and faculty at institutions of higher learning is to provide educational opportunities,” Schovanec said. “Education is an essential piece to our future goals and endeavors as a society, as is enhancing learning opportunities for all those seeking higher education.”

Moreover, Texas Tech is featured as a case study in the Hispanic report, which describes how the university has significantly increased its graduation rates among Hispanic students.

Juan Muñoz, vice president for institutional diversity, equity, community engagement, and vice provost for undergraduate education and student affairs, is cited throughout the study and attributes Texas Tech’s success to efforts on behalf of the university to create a climate that supports efforts and initiatives to advance equity and excellence at Texas Tech.

“This recent affirmation by The Education Trust which recognizes the result of diversity and inclusion efforts at Texas Tech is most welcomed, but not entirely surprising,” said Muñoz. “As an emerging national research university, Texas Tech is proud to serve as a national model of educational equity and academic excellence. Through a deliberate and strategic leveraging of organizational assets, Texas Tech has achieved unprecedented student diversity and success. This recognition underscores our school’s motto, that regardless of one’s background, from here it’s possible.”

Mary Nguyen, higher education research and policy analyst at The Education Trust, commended the universities cited in the summary of the findings.

“These institutions are increasing their success rates among students of color without becoming more exclusive and serving fewer of these students,” Nguyen said.

The Education Trust is a research and advocacy organization that promotes high academic achievement for all students at all levels.