The only experiment in the country to predict the outcome of Obama's health care reform was not successful. 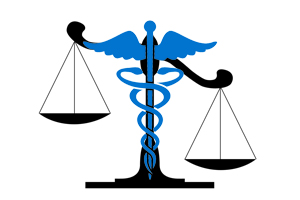 The basic idea of both Romneycare and Obamacare is to get people out of emergency rooms and into primary care.

With the U.S. Supreme Court decision looming on the fate of the Patient Protection and Affordable Care Act (PPACA) – informally known as Obamacare – two Texas Tech University researchers and a former colleague have published research that shows a similar plan implemented by Mitt Romney in Massachusetts did not work well for hospital productivity in the short term.

“Mandatory Insurance Coverage and Hospital Productivity in Massachusetts: Bending the Curve?” co-authored by Mark Thompson, associate professor; Timothy Huerta, assistant professor and director of the Center for Health Innovation, Education, and Research; and Eric Ford, Forsythe Medical Center Distinguished Professor of Health Care, at the University of North Carolina at Greensboro, is now available online, published ahead of print as a PDF in Health Care Management Review.

Several years ago it was decided the state of Massachusetts was going to provide insurance for every citizen. Huerta said the basic idea of both Romneycare and Obamacare is to get people out of emergency rooms, and into primary care. Their health can be better managed, there would be lower total costs in the health care system, and that will stem the increased cost in health care.

“What we found was that in the years immediately after implementation – we looked at 2005-2008 – was that hospitals became much less efficient for years in Massachusetts,” Huerta said. 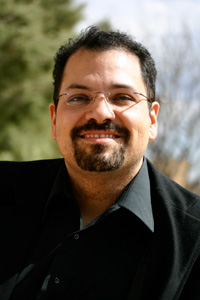 “There are lots of ways of looking at the results, but the productivity of hospitals – in other words, the numbers of patients they see for the resources they put into the system (outputs divided by inputs) – what those figures told us was that, relative to the rest of the U.S., Massachusetts hospitals saw a decline in productivity.”

“It’s really the only experiment we have to look at to see what would happen if everyone in the U.S. had health insurance.” Huerta explains.

“It’s believed that having everyone in a common pool means that the total cost per person will be lower. That’s spreading the cost among a larger group of people. When more people have insurance, they’re more likely to see the doctor. So you would expect that preventative care would prevail and that you’d be able to catch things before they become costly. The theory about having a health care system where everybody is covered is that you’re ‘bending the cost curve.’”

That bent curve, Huerta said, makes reference to the fact that the cost of health care grows faster than the growth of the economy. Last year health care cost grew at 6 percent.

“If that’s the assumption, then we have an experiment in Massachusetts,” Huerta said, “so our idea was to see how Massachusetts fared when they started this program, against all the other hospitals in the U.S.

For the study, researchers used the American Hospital Association’s annual survey and the Centers for Medicare and Medicaid Services’ case mix index for fiscal years 2005 through 2008. That formula included 2,967 hospitals for the U.S. minus 51 hospitals from Massachusetts, for a total of 2,916 hospitals. 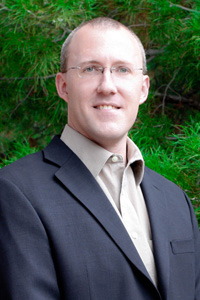 "This study is one of the first to examine the argument often made by policymakers that mandating insurance coverage will slow health care costs," Thompson said.

In 2005, Massachusetts had 69 general medicine facilities and the U.S. had 4,856. Therefore 73 percent of eligible hospitals in Massachusetts provided complete data compared to 59 percent in the rest of the U.S.

At least in the early stages, the numbers showed Massachusetts coverage mandates led to a significant drop in hospitals’ productivity relative to comparable facilities in other states. In 2008, Massachusetts functioned 3.53 percent below its 2005 level, whereas facilities across the U.S. saw a 4.06 percent increase over the same time period.

Researchers concluded that if the individual mandate is implemented nationwide, the Massachusetts experience indicates that in a near term, a decrease in overall hospital productivity will occur. As such, current cost estimates of the PPACA legislation’s impact on overall health spending are potentially understated.

“So our argument is, not that it’s the end of the world, but that the reorganization of the health care system has a productivity cost,” Huerta said. “If what happened in Massachusetts happens on a national scale, we should expect hospitals to be less productive in the near term. And we don’t know what’s going to happen in the long term. We have no idea because the data doesn’t go out that far.

“It’s this idea that when this is put into place, people immediately expect results. And it’s worse because the instant results they’ll see are negative results. Of course you’re going to hear all sorts of negative things. But we don’t know if it’s a short-term cost for a long-term gain.”