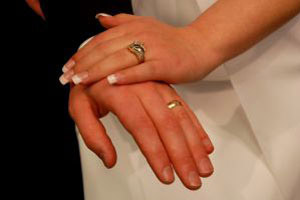 Sharp says the societal norms are that girls graduate from high school, go to college, spend a few years in a career, then get married by age 32 – or 34. But, what if they don't?

That is how one woman described the wedding bouquet toss after participating in 12 ceremonies in one year. It is also the title of a study by Elizabeth Sharp, associate professor of human development and family studies at Texas Tech, who researched the life experiences of women still single “past a certain age.”

As another Valentine’s Day approaches, many veteran singles find themselves evaluating their life’s choices and what led them to spend the holiday unattached. The holiday itself triggers a spotlight on non-coupled individuals and can be a poignant reminder of the couple-oriented world we live in.

For her study, Sharp conducted 32 interviews with 10 single women in their late 20s and early 30s who had never married. She chose only women, because research indicates women’s identities tend to be strongly attached to being married and having children. Sharp also considered the familial and social response attached to the status of being single.

“Societal norms are such that girls graduate from high school, go to college, spend a few years in a career, then get married by age 32 – or 34 at the latest,” Sharp said.

What if they don’t? The reality is that more and more people are actually waiting to get married, if at all, Sharp said. “I asked them what their lives were like and what people are saying about them, having never been married at a time in their life course when most of their friends were married, but the likelihood for them to get married was still high.”

Several of the women believed “I should have been married by now,” and as a result they felt they needed to validate that there was at least some part of them worthy of love. They would say things like, “I was engaged once.” A statement that implies at least one person considered them marriage material, at one point in time.

Others often wished for a crystal ball, Sharp said. “They could handle the wait, as long as they knew that one day it [getting married] might happen for them.”

The common denominator in this study is the uncertainty. One subject called this “living in the grey.” For example, many women held off buying a house or saving for retirement because, conventionally, that is something you do with your spouse. As a result, these would-be homeowners lost years of equity and savings. 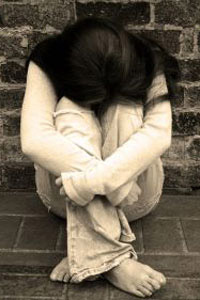 The women in Sharp's sample still experience a combination of loneliness and uncertainty, hesitation and regret, and to some degree – discrimination.

Children were another common concern. “My eggs are slowly dying,” Sharp documented one participant as saying. Another admitted that she went so far as to calculate her best case scenario. That is, “How long would it likely take to meet someone, fall in love, get married, and have children?”

Not only that, but the women believe by the time it happens there will be a whole new set of concerns, including fertility issues, becoming the oldest mom in kindergarten, and being able to keep up with an active child.

Because of the rapid growth of singles, the whole notion of singleism is a tough one to grasp, Sharp said. There are few role models to speak of. The women in her sample still experience a combination of loneliness and uncertainty, hesitation and regret, and to some degree – discrimination.

“A lot of people say comments to single people that they don’t even realize are a little bit insulting – and kind of rude,” Sharp said. “You’re 32… you’re so cute… you have a great career… why aren’t you married? It can be flattering for singles, but also frustrating.”

Sharp’s participants pointed out that such personal questions are commonly asked of singles, but questions like “why did you get married?” or “why would you decide to have a child?” are almost unheard of. Sharp argues this is a reflection of single people still having a marginalized identity, despite the growing number of singles.

At a time when stores are draped in red hearts and restaurants offer specials on dinners-for-two, Sharp is focusing on her next study: women who never want to experience Valentine’s Day as a married person.

“It’s important to support people in whatever path they choose, and don’t be so quick to squelch the idea of people who are not married – or do not want to,” Sharp said. “There are a lot of ways to be happy.”