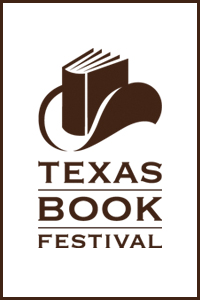 The festival serves to honor Texas authors, promote the joys of reading and help the state’s public libraries.

Three authors will represent the Texas Tech University Press this year at the 2011 Texas Book Festival on Saturday and Sunday (Oct. 22-23) on the State Capitol grounds.

Monte Akers, author of "The Accidental Historian," Rick Dingus, author of "Llano Estacado: An Island In the Sky," and Michael Ventura, author of "If I Was A Highway," will represent Texas Tech’s publishing house.

Ventura’s book depicts his adventures traveling throughout the United States in his 1969 Chevy Malibu.

John Powers, critic at large, said “If you’re searching for the forgotten soul of America, you’ll find no better guidebook than Michael Ventura’s deep, passionate, endlessly readable bulletins from the frontlines of our national psyche.”

Others at the event include promising writer Erin Morgenstern, author of “The Night Circus.” The book went on sale Sept. 13, and the publishing world has predicted it will rival the success of the Harry Potter series.

The festival was established in 1995 by former first lady Laura Bush, a former librarian. Her goal for the festival was to honor Texas authors, promote the joys of reading and serve to benefit the state’s public libraries.

The festival draws approximately 40,000 visitors annually and this year will feature 250 writers from across Texas and the United States.

For a full list of authors attending the 2011 book festival, go to the event's author page.