This is the school's third-straight fall semester increase, as 32,327 students are on campus for classes. 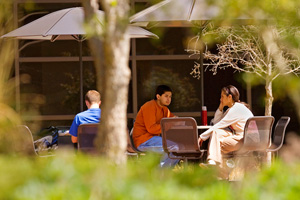 Texas Tech's enrollment has increased 26 percent during the last decade, placing the school on course to reach an institutional goal of 40,000 students by 2020.

Texas Tech University established record enrollment figures for the third-straight fall semester as 32,327 students are on campus for classes. The number passes the previous mark of 31,637 from fall 2010.

“As evidenced in recent years, Texas Tech University has become an attractive destination for high school students,” said Guy Bailey, Texas Tech president. “We offer one of the best educational experiences in the country, and our consistent annual growth reflects the opportunities we offer.

“In the latest U.S. News & World Report rankings, Texas Tech ranked sixth overall in students graduating with the least debt,” Bailey added. “Combine that with our inclusion in the Wall Street Journal’s list of the top 25 producers of college graduates, we offer a tremendous opportunity for success upon graduation, and one of the best values in American higher education.”

The university’s enrollment, on the rise over the last decade with a 26 percent growth, places the school on course to reach an institutional goal of 40,000 students by 2020.

“Increasing enrollment is vital to Texas Tech University’s continued leadership in higher education,” said Kent Hance, Texas Tech University System chancellor. “We have placed a strong emphasis on this strategic priority and have seen significant growth in the past few years, thanks to our dedicated administration, staff and faculty, who truly make Texas Tech one of the best institutions in the country.”

Texas Tech also is committed to growing a diverse student population, which is reflected in the increase in the minority enrollment, including 5,305 Hispanic and 1,696 African-American students, reflecting increases of 574 and 279, respectively.  Both are record totals.

“The continued growth of Texas Tech University, and specifically the extraordinary gains in its Hispanic enrollment, is the result of a strategic and sustained commitment to academic excellence and access,” said Juan Munoz, Texas Tech vice provost for Undergraduate Education and vice president for Institutional Diversity, Equity, and Com­munity Engagement. “Texas Tech has positioned itself to be increasingly a university of first and only choice for all students, and certainly Hispanic and other minority groups.”

Enhanced recruiting and admissions standards yielded increases in average scores and overall freshman class rank. The average SAT score is 1107, up three points from last year, while ACT averages rose half a point. More than 22 percent of the freshman class ranked in the top 10 percent of their high school class, an increase of nearly a percentage point from 2010.  The percentage of the incoming class ranked between the top 11 to 25 percent is 34.1 percent, up nearly four points.

Undergraduate transfer totals improved to 2,492, up 41 students from last year, while the university’s first-year retention rate increased slightly from 81.2 to 82 percent.