Elected in May of 1937, Maxine McCullough brought much-needed change to campus during her presidency. 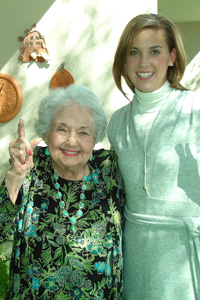 As of 2011, the United States has yet to elect a woman president or vice president. However, women in prominent positions are on the rise; the last two secretaries of state have been women and also three of the nine current Supreme Court justices are women—the most to serve simultaneously. While the nation has come a long way, Texas Tech was making similar strides within its student government almost 75 years ago.

Alumna Maxine Fry McCullough was born in 1917, just before of the end of World War I. She grew up during the woes of war, the stock market crash of 1929 and the Great Depression. McCullough started college when she was 17 years old, and she faced tough decisions before entering, just as any college student does today.

“Things were very different back when I went to Texas Tech, but I still made decisions like which school to go to and was fortunate my parents paid for my tuition when I turned down a scholarship offer to attend another school,” McCullough said.

In 1934, McCullough moved into room 247 of the first women’s dormitory where she lived for four years; two were with her sister, Marilynn. McCullough chose to major in journalism and decided not to work while taking classes.

“My parents wanted my sister and me to be involved at Tech as much as possible; they wanted us to have fun, as well, and we did. Therefore, we took on leadership roles and had many honors,” McCullough said. “Everyone knew us back then as the ‘Fry sisters from Floydada.’”

At Texas Tech, McCullough was president of Las Chaparitas, a local sorority that would become Kappa Kappa Gamma, and she was chosen for Forum, what is now known as Mortar Board. In her senior year she helped out with the school’s newspaper where she was assigned to interview President Knapp, the second president of Texas Tech, weekly for the entire year. However, not to her knowledge, this was the year she would get elected to her highest position yet. 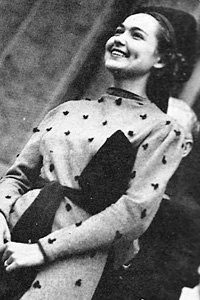 It was 1936 and friction was stirring between some of the students and the administration. McCullough said the male student body presidents did a good job of running their councils; however, the conflicts were giving the college and Lubbock a bad name.

“It never occurred to me to do anything about it though, and then one day this prestigious person said, ‘Why don’t you run for the student government president?’ I thought, ‘I had never heard of such a thing,’” she said.

McCullough went home to tell her sister about the discussion and quickly Marilynn rallied up their friends.

“Marilynn thought it was a great idea, and the women joined forces. They really took over my campaign,” she said. “I called some of my male friends because I knew I would need some support from them, as well, but I was most honored that people believed in me and it didn’t matter that I was a woman.”

Although McCullough said she was apprehensive at first because the position was important to the university’s growth, she took action and still remembers her proudest moment while presiding.

“Tech had bonfires at homecoming football games each year, and it had got totally out of hand by the way of vandals. Lubbock still had many outhouses and people were tearing them down and putting them in the fires,” she said. “The people of Lubbock were up in arms and the administration banned the bonfires.”

McCullough then went personally to ask the administration to let her council turn the situation around. They agreed and she began planning.

“The year before all of this, the Saddle Tramps were created by Arch Lamb and we were very good friends. We talked, and the group really took the lead on forming a night-and-day surveillance,” she said. “I’m proud it was resolved and the tradition still continues.”

McCullough said the year she was president was not focused on the fact that a woman had won, but the fact that change was needed and she and her council could provide it.

McCullough now lives in El Paso and turned 94 years old July 5. In 1940, she married the vice president of her 1937 council, Hugh McCullough, and they were married more than 50 years before he passed away in 1991.