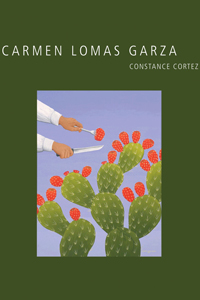 A Texas Tech professor recently was awarded first place at the 2011 International Latino Book Awards for her biography on a Chicana artist with Texas ties.

Constance Cortez, an associate professor in the School of Art, wrote the book, “Carmen Lomas Garza,” as part of the series “A Ver: Revisioning Art History” conducted by UCLA’s Chicano Studies Research Center.

“I am so very honored to have received this award,” she said. “In writing this book, I hoped to contribute to the growing body of literature on Chicana/o artists. I was incredibly fortunate because Texas Tech was very supportive of my efforts.”

The Garza biography is 144 pages and includes 77 color illustrations of her work. Born in Kingsville in 1948, much of Garza’s art reflects her experiences growing up in South Texas, especially the relationship between family and community. Cortez, born and raised in Dallas, said she could easily relate. That made writing the book an enlightening process.

“Her childhood experiences, illustrated in much of her art, resonate with me — catching horned toads, the texture of mesquite, hot summer days and tamaladas (family gatherings in which tamales are made),” Cortez said. “What came as a surprise is how writing the book became a journey that was very personal. I feel I grew both as a scholar and as a person.”

Cortez has written and edited four books, and currently is working on an encyclopedia entry that looks at the interface between Chicana/o literature and art, and an article for a journal in Mexico on Chicana muralists. For her next book project she is researching other Chicana artists in Texas, with hopes of drawing more attention to their work.

“As one of the handful of established art historians working on Chicano and Latino art, Connie was always on our short list for the series,” said Chon Noriega, professor and director of UCLA’s Chicano Studies Research Center, and “A Ver” series editor. “Connie did amazing research on this project, including several interviews with the artist, and the book provides a wonderfully written account of a major Chicana artist.”

“Diversity is part of who we are as Americans,” she said. “We should celebrate this diversity. If everyone were the same, what a boring world it would be.”

The Garza biography can be purchased on Amazon.com, barnesandnoble.com and a variety of other online stores.

Photo of Cortez by Artie Limmer.