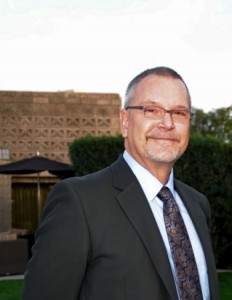 As the Texas Legislature prepares for a special session to finalize education finance bills, a Texas Tech University education expert says there are multiple and difficult realities the policymakers must consider before the process is complete.

Scott Ridley, the new dean of Texas Tech’s College of Education, can discuss the challenges the Texas Legislature and those in other states have that are faced with reforms in education.

“On one front, P-20 (pre-school through higher education) educators are working very hard, feeling the pressure of accountability and are holding their collective breath that budget cuts will be no greater than they have previously heard. On another front, legislators are dealing with the greatest recession since the Great Depression. In light of this stark reality, a number of unpopular decisions must be made.”

Before his appointment at Texas Tech, Ridley served as the associate dean in the Mary Lou Fulton Teachers College at Arizona State University. He spent 21 years at ASU as a professor, program director, author and principal investigator of more than $110 million in federal grants supporting district-based teacher and principal preparation programs and comprehensive school reform initiatives in urban and rural partner districts across the state of Arizona.

“In light of the current economics, the grand challenge for Texas and the nation is to evolve P-20 education to regain global excellence even during hard times,” he said. “The general human tendency during challenging times is to ‘circle the wagons,’ to conserve and hold to the status quo. We can’t afford to do this; our continued economic leadership in the world depends on our creativity now.”