[caption id="attachment_38510" align="alignleft" width="199" caption="Darby Dickerson will join Texas Tech University as the dean of the School of Law."] 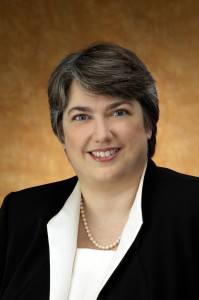 Officials at Texas Tech University announced today (May 26) that Darby Dickerson will become the next dean of the School of Law effective July 29.

Dickerson comes to Texas Tech from Stetson University College of Law in Florida, where she joined the faculty in 1995 as an assistant professor and moved through the ranks to assume the deanship in 2004.

“We are pleased that Darby Dickerson has accepted our offer to become dean of the School of Law,” said Guy Bailey, president of Texas Tech. “She is well-known throughout the law community as an administrator and published author. Darby will bring a fresh perspective to what is already one of the top law programs in the country.”

“Dean Dickerson has an impressive track record, maintaining Stetson’s number one-ranked trial advocacy program and building a highly-ranked legal writing program,” Smith said. “She oversaw many new programs as well as an increase in quality and diversity in the student body. We are confident that she will lead Texas Tech’s law school to achieve many great accomplishments.”

“It is a true honor to join Texas Tech,” Dickerson said. “I look forward to working with everyone there to continue building an outstanding program of legal education. I have been most impressed by the faculty, students, staff and alumni I’ve met so far. Their amazing spirit and talent drew me in very quickly.”

Dickerson teaches or has taught alternative dispute resolution, legal research and writing, federal pretrial practice, litigation ethics and torts. From fall 1995 until December 1999, she served as the faculty advisor to the Moot Court Board, and is a co-founder of Stetson’s International Environmental Moot Court Competition. She has served as an advisor to the Stetson Law Review from 1996 to 2004.

Born and raised in Columbia, S. C., Dickerson holds bachelor’s and master’s degrees from The College of William and Mary, and her doctor of jurisprudence degree from Vanderbilt University School of Law. After law school, she clerked for a federal judge and then practiced commercial litigation at the predecessor to Locke Lord Bissell & Liddell LLP in Dallas.

Dickerson also is an accomplished teacher and scholar, winning Stetson’s top awards in both areas. She authored a leading book on legal citation, and writes and speaks regularly on a variety of topics related to law and higher education, including campus safety and security; risk and crisis management; academic integrity; alcohol and other drug prevention; cyberspace issues; and student mental health. In 2007 she was elected to the prestigious American Law Institute.

Active in the local and professional communities, she works with the Red Cross and chambers of commerce, has chaired the reappointment committee of a U.S. Magistrate Judge, led a local Inn of Court, and holds leadership positions within the American Bar Association and the Association of American Law Schools. In 2010 she was named Business Woman of the Year by the St. Petersburg Chamber of Commerce; in 2005, she was named the Tampa Bay Business Journal’s Business Woman of the Year in the Nonprofit and Social Services category.