The university has received a second $100,000 grant from the J. F Maddox Foundation. 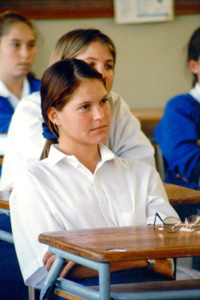 Texas Tech has received a second $100,000 grant from the J. F Maddox Foundation to fund the Texas Tech Summer Institute.

The two-year residential summer program targets incoming sophomores from the five high schools in Lea County, N.M., and offers them an opportunity to participate in a dynamic and realistic college experience.

Each participant attends a morning and afternoon class followed by a mentoring session that focuses on issues facing many college students. The mentors for the sessions are Texas Tech students from a variety of student organizations.

The Texas Tech Summer Institute is organized through the IDEAL program, a unit of the Division of Institutional Diversity, Equity and Community Engagement. It was first implemented in 2009.

Donovan, younger brother of Jack Maddox, graduated in 1934 and served as Student Government Association president in 1931-32. He was named a Distinguished Engineer in 1971 and a Distinguished Alumnus in 1972. Donovan was selected by the Alumni Association to receive the Lauro F. Cavazos Award in 1988. Donovan, who died in 1993, had a long and successful career as a textile executive, primarily in Gastonia, N.C. He succeeded Jack as chairman and CEO of New Mexico Electric Service Co. and related entities in Hobbs, N.M. in 1978.

Institute for the Development and Enrichment of Advanced Learners

The mission of the Institute for the Development and Enrichment of Advanced Learners (IDEAL) is to provide distinctive and unique academic enrichment programs that promote academic excellence, citizenship/leadership, diversity, and an appreciation of the arts for children in grades kindergarten through 12. IDEAL is a part of the Division of Institutional Diversity, Equity and Community Engagement.