Beginning with the high school graduating class of 2011, Texas Tech has agreed to award university-based scholarships to Maddox Scholars. 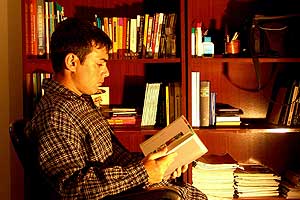 Maddox Scholars are exceptional students from Lea County, N.M., and are recognized as such throughout the region.

Beginning with the high school graduating class of 2011, Texas Tech has agreed to award university-based scholarships to Maddox Scholars who decide to attend the university in the fall of 2011.

“We are excited about this new development,” said Don Maddox. “Maddox Scholars are exceptional students from Lea County, and are recognized as such throughout the region.”

“The Maddox family are great supporters of Texas Tech,” said Kent Hance, Texas Tech University System chancellor. “Their foundation has a long-established history of providing high-achieving students with the resources needed to pursue their dreams in higher education, and we are very grateful to have these opportunities offered to our students.”

In addition, four Maddox Scholarships are awarded each year, providing scholarships of $16,000 each ($4,000 per year) for four years of undergraduate study to the college or university of their choice. In addition to Texas Tech, other participating universities include the following: McMurry University in Abilene; University of New Mexico in Albuquerque, N.M.; and University of the Southwest in Hobbs, N.M.

“These agreements with these universities have the potential of effectively doubling the scholarship support available to the Maddox Scholars who attend one of these institutions, which could result in providing each scholar with as much as $32,000 ($8,000 per year) to pursue an undergraduate degree, in the field of the scholar’s choice, at any of these four universities,” Maddox said.

If any of these four students decide to attend Texas Tech, they will be eligible for this program with the understanding that the student must also satisfy the respective admission standards of the university.

Applications and eligibility information for the Jack Maddox Distinguished Scholarship Program are now available online at the J. F Maddox Foundation’s website, www.jfmaddox.org. All applications must be submitted, in their entirety, to the Foundation on or before June 30 to be considered.

The J. F Maddox Foundation was established by Jack Maddox and his wife, Mabel, who were long-time residents of Hobbs, N.M.