Mayukh Dass will use the real-time data by subjecting it to a series of analyses to measure overall positive and negative sentiments and more. 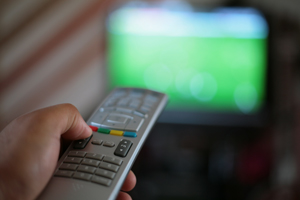 Dass said that they may be able to show ad sponsors whether or not their high-dollar ads were effective by measuring the sentiment of real-time data on Twitter.

Super Bowl advertising is as big as the game itself.

This year, more than any other, these advertisements will be part of the conversation in social media. A Texas Tech marketing professor and his colleagues will be testing a novel system to track and analyze the buzz created in the blogosphere by Super Bowl advertisements.

Mayukh Dass, assistant professor of marketing in the Rawls College of Business at Texas Tech, Piyush Kumar, of the University of Georgia and the Wharton School, and Shyam Kapur, president of TipTop Technologies, a Silicon Valley startup, will use their new system to assess the emotional quotients (EQ) of Super Bowl ads.

By using real-time data on Twitter and subjecting it to a series of analyses using sophisticated artificial intelligence, natural language processing and network analysis tools, Dass said that they may be able to show ad sponsors whether or not their high-dollar ads were effective.

"This first-of-its-kind analysis will give information about the pattern of emotional response to each advertisement and will be able to provide timely clues in terms of which ones clicked with the audience and on which dimension," Dass said.

In addition to ranking the advertisements based on the overall positive and negative sentiments generated, the analyses will be able to pinpoint specific emotions that were triggered by each advertisement and compare them on emotional intensity.

The analysis also will be able to compare the emotional quotients of advertisements aired during the pre-game show, the half-time break and the post-game show. It will also be able to examine whether there was any relationship between the emotional intensity toward the game at a point in time and toward the advertisements being aired at that time.