Eileen Johnson will continue to enhance the museum's growth in its collections. 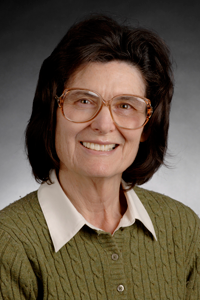 As executive director of the museum, Johnson's duties will include general oversight of the museum's educational, scientific, cultural and research functions.

Officials at Texas Tech recently announced that Eileen Johnson has been selected to serve as executive director of the Museum of Texas Tech University.

"With her tremendous background, Dr. Johnson gave inspiration and guidance to the museum," Smith said. "She will help us continue to move forward."

As executive director of the museum, her duties will include general oversight of the museum's educational, scientific, cultural and research functions as well as its administrative operations and budget.

Also, she will serve as the museum's chief liaison to the Office of the Provost and to the Museum Association.

"As executive director, my major priorities continue to be providing a nurturing environment, enhancing the museum's growth in its collections activities, public and academic programs," she said. "I am committed to proactively engaging the museum with the Texas Tech academic community and with the broader Lubbock community and constituents across the South Plains."

Johnson also aims to foster and enrich the museum's national and international scope.