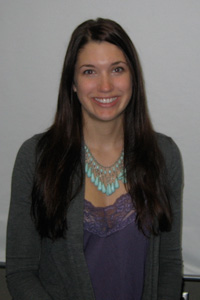 Von Hoene surprised many by deciding to major as a civil engineer, but in her second year she decided to follow her dream of teaching.

Most students can attest choosing the right university or college is a daunting task. There are many factors that are weighed to ensure a school is the right choice for someone. Sammie Von Hoene, College of Education alumna, said choosing Texas Tech was a decision she gave much consideration.

She said she decided the university was a good distance from her native Houston and was also appealingly located in Lubbock, a supportive and friendly town. Now, the next decision was to choose a major. She found herself again considering her options; though, she focused on her strengths. Math and science were subjects she enjoyed and excelled at, therefore, why not choose engineering?

However, her civil engineering selection surprised her parents. They always believed she would choose the teaching route. She always talked about being a teacher when she was younger. And they were right; in her second year she decided to switch majors and pursue a degree in elementary education.

"I believe it was the best decision. It felt right, and I knew it was what I always wanted to do," she said.

Von Hoene said while in college she was a determined student and avid for knowledge. She attributes much of her success to Texas Tech and its programs. In the Howard Hughes Medical Institute (HHMI), now housed in the Center for the Integration of Science Education and Research, she was a scholar, and in the Honors College, she mentored first-year honors students. She believes both pushed her intellectually and gave her guidance throughout her four years on campus.

Susan Talkmitt, associate director of HHMI, was a mentor of Von Hoene and regularly keeps in contact with her former student.

"Sammie is a master teacher who provides a model classroom of learning and respect where children not only learn but also take charge of their learning." 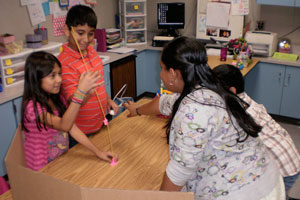 "As a visitor to her classroom this fall, I admired the safe setting where children could talk and work in teams as Sammie worked individually with children requesting additional help," Talkmitt said.

Talkmitt praised Von Hoene for all her accomplishments thus far and believes she creates a classroom atmosphere that motivates every student she teaches.

"Sammie sets high expectations of her students and they thrive in the student-centered setting she provides," she said.

Von Hoene is also a strong advocate for undergraduate research, believing it gives college students field experience and motivates them to be stronger learners.

Although Von Hoene grew familiar with the Lubbock area, she graduated and thought moving back to the Houston metro was an appropriate decision. She said her eyes were set on the bigger picture and in Houston she could grow as a professional.

Beginning her journey as a teacher, she accepted a position teaching third-graders at Reed Elementary. For three years she taught third grade reading, writing and science, and now she teaches fourth grade science and math. However, there is a reason she chose to teach elementary instead of high school or middle school.

"In elementary, there is a unique opportunity to grab the attention of the children early enough that they haven't lost the excitement to learn," Von Hoene said. 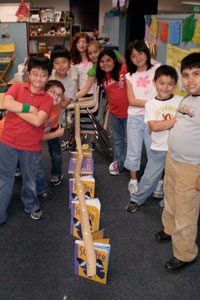 "It feels great to have the ability to change lives. It is rewarding to see how kids are doing after I've taught them or to take a kid who doesn't like going to school to at least wanting to be there," she said.

Apart from the emotional pay-off, Von Hoene received the 2010 Outstanding Teacher Award for elementary science in Texas. The distinguished award is given by the Science Teachers Association of Texas to recognize teachers who are leaders for excellence in teaching science at the elementary, middle school and high school levels.

A humble Von Hoene said she is grateful for her award, but again looking at the bigger picture, believes many teachers need more praise.

"I am thrilled to have received this award, however, I am also very much aware that great teachers often go unnoticed," she said. "There definitely needs to be more serious recognition to the thousands of outstanding teachers we have, even in Texas."

The 2010 year has presented Von Hoene with a lot of work and she has had a lot of projects on her agenda. To continue growth in the education field, she regularly presents at national and state education conferences and is working with Rice University Science and Technology Program in a graduate level teacher cohort. She also writes as a curriculum writer for the website TAKScopes.com on any topics relating to science.

Von Hoene said this year has been full of many adventures, and she sometimes wonders how all her undertakings tie together.

"It is always a mystery to me how everything works itself out. My head is always spinning, but somehow it magically gets done and I love every minute of it," she said.

Although Von Hoene loves her work, she always has been focused on the bigger picture, and wants to impact the education field on a higher level. With the motivation and drive instilled in her, she took the law school admission test and applied to 14 universities.

"I am very passionate about teaching," Von Hoene said. "And even though my future endeavors might lead me out of the classroom, I plan to always serve children and to help them have a better chance at a successful future."

For any student struggling to find the major just right for them, Von Hoene says, "Follow your dreams, it is worth it, even if you have to take a little longer in school, just enjoy every second of it."