Texas Tech has made it into the Final Four, in what some call the World Series of College Chess. 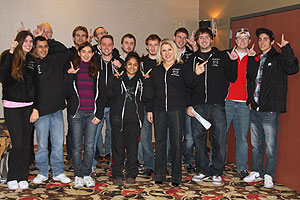 Texas Tech's Knight Raiders have made it to the Final Four both times they have competed at the event.

Texas Tech has made it into the Final Four, in what some call the World Series of College Chess. The Knight Raiders are among 30 of the best teams from across the United States and the Americas who traveled in December to Milwaukee, Wis., for the 2010 Pan American Intercollegiate Chess Championships. Other teams include Yale, Stanford and the University of Chicago.

In the past two years, Texas Tech has won nine national titles, two state titles and one regional title.

The President’s Cup is scheduled to take place April 2-3 in Washington, D.C.