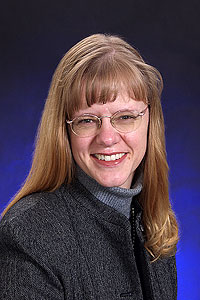 Sullivan earned her doctorate in physical chemistry from Texas Tech in 1994 and currently works for Pacific Northwest National Laboratory.

Sigma Xi has announced Texas Tech alumna Kelly Sullivan as the next president of the international science and engineering honor society. She was elected president of the 125-year-old society at Sigma Xi’s annual meeting in Raleigh, N.C.

With nearly 50,000 members in 100 countries, Sigma Xi associate members are invited to join only after showing potential in scientific research. Full membership is granted to those who have demonstrated noteworthy scientific achievements.