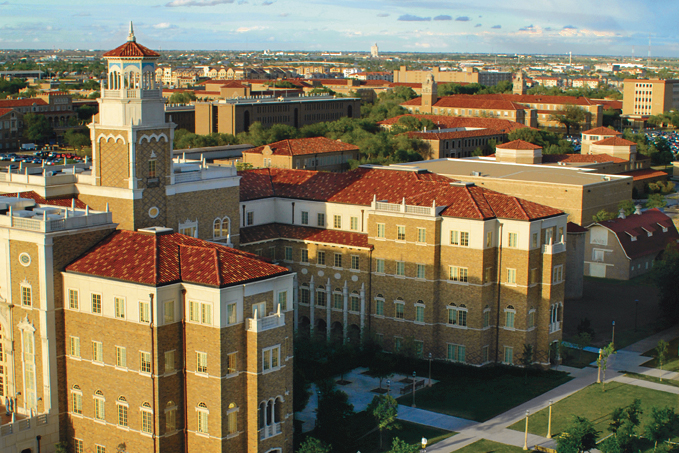 The data, presented by President Guy Bailey Dec. 17, has been turned in to the state, but it has not yet been certified. Also, the final three criteria that must be met to qualify for funding have not yet been set. The Texas Higher Education Coordinating Board is expected to set those benchmarks at its Jan. 27 meeting.

"It is also important to understand that we have to meet the same criteria for two consecutive years and we do not yet know all of the benchmarks we must achieve," said Bailey. "The report to the regents is only a first indication of how we are doing. We are well on our way, but we still have a ways to go before qualifying for NRUF funding."

The one benchmark that all seven emerging research universities must meet is to have $45 million in restricted research expenditures.

Texas Tech reported just more than $51 million, up from $35 million last year and $27 million in 2008. The University of Houston is the only other of the seven to meet this benchmark, reporting $56 million.

The presentation given to the board can be found here. It details what Texas Tech has presented to the Texas Higher Education Coordinating Board and looks at how the university would fare under proposals for the final three undecided criteria which address quality of faculty, of the freshman class and of graduate programs.

What Tier One Means

The terms "Tier One" and "national research university" do not have hard and fast definitions and are often used interchangeably. Bailey said the end result is to elevate more Texas universities with attributes similar to members of the Association of American Universities (AAU). Achieving NRUF funding would provide the financial footing to help universities achieve that goal.

AAU institutions typically have more than $250 million in total research funding. Texas Tech reached $125 million for the first time in its history. institutions also typically have internationally recognized faculty, attract the highest achieving students and serve their communities both as economic engines and as cultural centers.

"With NRUF the State of Texas has given Texas Tech an unprecedented opportunity to improve the level of education we provide and expand the research we perform that has an impact on our community, the state and the nation," said Bailey. "While it will take years for Texas Tech to achieve AAU-like status, it's important to understand that as Texas Tech grows, so does the quality of the education it provides, the impact of its research on the state and nation, and its economic impact on Lubbock and the region. Our progress is important to the students, employers and citizens of Texas."