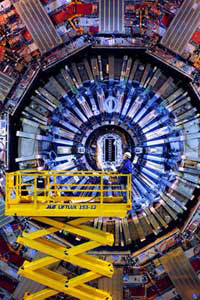 Their findings were published recently in Physical Review Letters. Their results are the first of the "new physics" research papers produced from the CMS experiment at LHC. Read the paper. 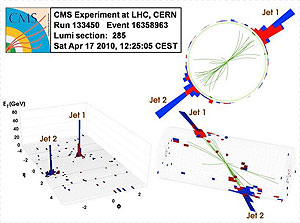 By crashing particles together at CERN’s Large Hadron Collider, researchers hope to discover evidence of new particles that could answer questions about the evolution of the early universe, dark matter and prove the existence of other dimensions.