A Texas Tech biologist said researchers may have a greater understanding of the mysterious colony collapse disorder. 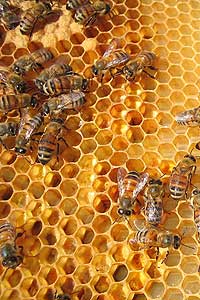 The study is showing an association of death rates of the bees with the virus and fungus present.

The sudden death of bee colonies since late 2006 across North America has stumped scientists. But today, researchers may have a greater understanding of the mysterious colony collapse disorder, said a Texas Tech biologist.

Shan Bilimoria, a professor and molecular virologist, said the bees may be taking a one-two punch from both an insect virus and a fungus, which may be causing bees to die off by the billions.

Bilimoria is part of a team of researchers searching for the cause of the collapse. Led by research professor Jerry Bromenshenk from the University of Montana in Missoula, the group also includes virologists and chemists from the U.S. Army Edgewood Chemical Biological Center and the Instituto de Ecologica AC in Mexico.

Their study was published this week in the peer-reviewed journal PLoS ONE. Read the study>>

"At this stage, the study is showing an association of death rates of the bees with the virus and fungus present," Bilimoria said. "Our contribution to this study confirms association. But even that doesn't prove cause and effect. Not just yet."

The mysterious colony deaths have caused major concern with scientists since much of agriculture depends on bees to pollinate crops.

To discover what might be attacking bee colonies, the team ground up dead bees that had succumbed to colony collapse disorder. Using analytical equipment, researchers discovered through spectroscopic analysis evidence of a moth virus called insect iridescent virus (IIV) 6 and a fungal parasite called Nosema.

The insect virus is closely related to another virus that wiped out bee populations 20 years ago in India, he said. Also, unlike previous research that found the deaths may be caused by a virus with RNA, the IIV 6 contains DNA.

"Our DNA discovery puts this field in a whole new direction," he said.

Bilimoria said Texas Tech supplied the virus material for the experiments and were tested on bees with the fungus. Though an association between exposure and death was found, scientists don't yet know if the two pathogens cause CCD or whether CCD colonies are more likely to succumb to the two pathogens.

In the next part of the research project, Bilimoria will work to isolate the virus from infected bees.

"Once we isolate and identify the virus, we will have a way of monitoring it," he said. "It is easier to fight the problem if we know what the culprit is." 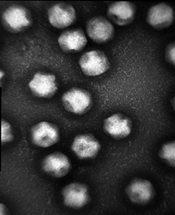