Books encourage discussion on questions such as why people find certain movies transgressive. 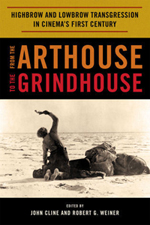 But that's almost beside the point of two new books that delve into the history and cultural impact of transgressive filmmaking, said co-editor Rob Weiner, a pop-culture author and subject librarian at Texas Tech.

"Whether or not the material is offensive is almost irrelevant to the study of the nature of transgressive cinema," Weiner said. "We're asking the question, 'What does it mean that this movie is transgressive?'"

Movies are considered transgressive when they push beyond accepted boundaries of taste or custom.

"From the Arthouse to the Grindhouse: Highbrow and Lowbrow Transgression in Cinema's First Century," and "Cinema Inferno: Celluloid Explosions from the Cultural Margins," are edited by Weiner and John Cline and published by The Scarecrow Press Inc.

The two books draw on the knowledge of film scholars and critics through a series of articles that dissect movies such as "Cannibal Holocaust" and "8MM" and the works of directors including Peter Greenaway, Andy Milligan and Doris Wishman. 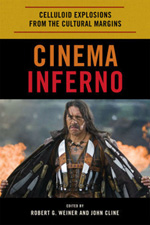 Weiner and Cline developed the idea for the books while co-chairing a series of panels on transgressive cinema for the Southwest Popular Culture Association.

"We wanted to create a forum that would encourage discussion between the academics who study transgressive films and the journalists who critique them."

And while transgression isn't simply about sex and violence, Weiner said, neither are the books.

Weiner points to films such as "Salt of the Earth," a story of miners who go on strike to gain equal wages for their Mexican-American co-workers, as an example. The film was considered so subversive when it was released in the McCarthy-era '50s that its actors faced deportation and death threats.

"Transgressive cinema pushes societal mores, boundaries and norms," said Lynne Fallwell, an assistant professor of history who contributed an article on Nazi film theory. "Sometimes by going to the edge, you find out where the center is. You find out what a society wants its norm to be, what it's comfortable with and whether its center has shifted."

Fallwell noted that sometimes this process of finding center can be uncomfortable, but said the books aim to provoke discussion on questions such as why people find certain movies transgressive and why people's views of transgression vary by region and era.