Texas Tech is also placing an emphasis on sportsmanship and reminding fans of the Raider Power campaign. 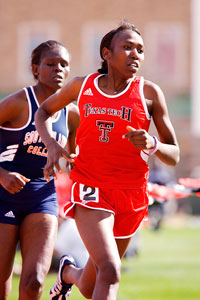 Starting with tonight's (Aug. 20) women's soccer match against TCU at the John Walker Soccer Complex, Red Raider fans are encouraged to wear red every single time they attend a Texas Tech sporting event at any venue, home or away.

"It's really important that our fans understand that they are a vital part of all our athletic teams," said Tuberville. "Every coach at Texas Tech has the goal of winning championships and we need our fans to help us every step of the way. When recruits come to our stadium, we want them to see a sea of red. When television cameras scan the crowd, we want people all across the country to see our fans – unified in red. We are the Red Raiders and we are going to show the rest of the world just how great that is."

Texas Tech is also placing an emphasis on sportsmanship and reminding fans of the Raider Power campaign. Raider Power is defined as honor, respect, pride and tradition.

"Coach Tuberville and the rest of our coaches really want to put an emphasis on sportsmanship," said Director of Athletics Gerald Myers. It is vital that we maintain our home field advantage but we want to do with class and integrity. We want our fans to wear red, come early, be loud, be proud, stay late and guide themselves under the sportsmanship principle of Raider Power."