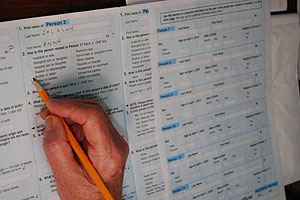 Though the actual tally isn’t complete, the Lone Star State’s population is expected to increase by 3.7 million people from the last census in 2000.

When it comes to the 2010 Census, the state of Texas can expect more population growth from immigration – both internationally and from other states, according to a Texas Tech expert in demographics. And West Texas can expect to see a change in ethnic makeup.

In the years to come, projections show Texas’ large metropolitan areas will experience increased populations by 20 percent or more.

Some West Texas counties will see a significant population increase, while some will experience a decrease or remain static. However, the ethnic makeup of West Texas will become more Hispanic due to international immigration as well as migration of whites from rural areas to larger cities.

Overall, Bradatan said she thinks the 2010 Census may be more complete and the results perhaps less shocking thanks to the American Community Survey, an ongoing statistical survey that replaced the long form and collects data throughout the decade.

“The American Community Survey allows us to have a much better idea of what’s happening between the censuses,” she said. “We can more readily see how things are trending.”

Only 72 percent of the population was counted in 2000, but the 2010 Census could have higher participation because people are probably more likely to spend time filling out the basic information on the short form.

The Texas Tech Population Center disseminates U.S. Census data, facilitates the collaboration of Texas Tech faculty members interested in topics related to population and undertakes research on demographic topics such as migration, fertility and mortality. The center is housed within the Department of Sociology, Anthropology and Social Work and and is part of the national network of population data centers coordinated by the U.S. Census Bureau. It includes a number of affiliated faculty conducting research and courses related to the population studies field.