The Man Behind the Country's Best Yogurt 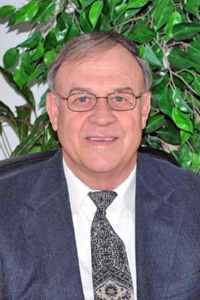 Brackeen and his family are Red Raiders through and through. He has three daughters who graduated from Texas Tech and all married Texas Tech alumni.

Who doesn't love dessert? Take ice cream, one of America’s favorites; make it a little healthier and you’ve got frozen yogurt. Not only does it take a creative genius to come up with frozen yogurt flavors that would capture the nation, it takes a knowledge of food science and determination to succeed.

Determination led College of Agricultural Sciences and Natural Resources alumnus Daniel Brackeen to create some of the country’s best yogurt. After graduating from Texas Tech, Brackeen went on to work for The Country’s Best Yogurt, or as most know it TCBY, creating the recipes for their famous treat and eventually crafting his own line of specialty food items.

How it All Began

Growing up in West Texas, Brackeen was introduced to agriculture at an early age. He always knew he wanted to pursue a career in that area, but was a little hazy on the exact path. Thanks to an FFA Agriculture Judging Competition held at Texas Tech, he decided to pursue his dream in Lubbock.

With encouragement from his high school agricultural science teacher, Jacob "Get" Watson, Brackeen came to Texas Tech to study agriculture and planned on earning a degree in agriculture education.

However, his plans changed after his first dairy science course and his first job on campus at the university’s creamery.

“I got a job at the creamery where we’d process the milk and I started making ice cream for the dormitories,” Brackeen said. “I just really fell in love with the process and the business and decided to major in dairy manufacturing.”

With the support of his professors, Max Miller, J.J. Willingham, Milton Peeples and Brian Gilmore, Brackeen took an internship with the Kroger Company between his junior and senior years where he was exposed to dairy manufacturing on an advanced scale. After graduation, Brackeen moved to Michigan where he worked for the Kroger milk and ice cream plant until he was called to active duty in the army. He spent two years in the quartermaster corps, the food service division of the army, some of which was in Vietnam.

After his service in the army, Brackeen came back to his dairy roots.

“My first experience with frozen yogurts in the Dallas area was with Neiman Marcus,” Brackeen said. “They wanted a fat-free soft serve ice cream to sell in their food courts, but when frozen yogurt came about, they decided they wanted yogurt instead.”

As the frozen yogurt craze grew, Brackeen developed what would became known as TCBY. At its height it had up to 50 flavors. According to Brackeen, the process of creating flavors was simple. Someone would suggest an idea and he would create it.

“Our top original flavor after the regulars, like chocolate and vanilla, was white chocolate mousse,” Brackeen said. “We even tried a flavor with Aloe Vera.” 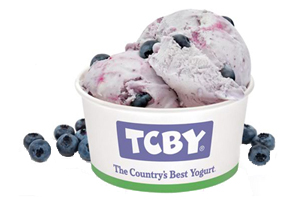 After leaving TCBY in 1991, Brackeen started a consulting business as he planned what to do next.

“I consulted with a national restaurant chain and saw an opportunity to provide specialty items like salad dressings, and good tasting sweet and savory sauces.” Brackeen said. “So I jumped into the restaurant market and built a new plant producing specialty items.”

Brackeen and his family are Red Raiders through and through. He has three daughters who graduated from Texas Tech and all married Texas Tech alumni. His strong connection with the university and West Texas has encouraged him to give back to the college.

“All the help I received from the university and the professors, especially the food science professors, really encouraged me,” Brackeen said.

“Because of what I learned there, it felt important that I give back to the university in appreciation of the benefits I enjoyed because of the education I received at Texas Tech.”

As an alumnus of the College of Agricultural Sciences and Natural Resources, he has established an endowment to give scholarships to four or five students per year. He also serves on the college advising committee and was recently inducted into the college’s hall of fame.

Kevin Pond, chairman of the Department of Animal and Food Sciences, said Brackeen’s generosity has benefited the college in many ways.

“As an alumnus, he is an icon,” Pond said. “His own personal achievement and the extent to which he has given back to the college is admirable.”

One of Brackeen’s most notable contributions to the animal and food sciences department is his help in creating COWamongus!, the department’s restaurant and retail store.

Pond said Brackeen’s involvement with the store began when he was touring the Animal and Food Sciences Building during its construction stage.

“While we were walking through the area designated for the store, he suggested a partnership between his company and the department,” Pond said.

From then on, Brackeen was an integral part in the store’s success. He assisted in the creation of the recipes and menu, and also donated a frozen custard machine and freezer to the restaurant. He allowed the department to use his company’s materials, equipment and even the name COWamongus! with no cost and franchise fee.

“His generosity has helped us to educate our students better and give them more opportunities for hands-on learning,” Miller said. “Alumni like him leave a great legacy, and help us to turn out the best students in Texas.”