Mike Clark will perform with Jazz Ensemble I, at Hemmle Recital Hall Nov. 16. 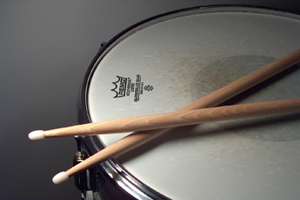 Mike Clark is known as one of America's foremost jazz and funk drummers.

The Texas Tech School of Music and the College of Visual & Performing Arts will host Mike Clark, one of America’s foremost jazz and funk drummers, in a performance with Jazz Ensemble I, at Hemmle Recital Hall, which is in the music building, on campus at 8 p.m. on Nov. 16. No admission charge.

Clark gained worldwide recognition as one of America’s foremost jazz and funk drummers while playing with Herbie Hancock’s group in the early 1970s. Clark became known as a major innovator through his incisive playing on Hancock’s Thrust album, which garnered him an international cult following.

Clark has performed with jazz greats such as Herbie Hancock, Chet Baker, Tony Bennett as well as many others. He also did a stint with Brand X, the acclaimed British fusion band, founded by Phil Collins. He has performed throughout the world at major jazz venues and festivals.

Featured in magazines such as Downbeat, Musician, International Musician & Recording World, Modern Drummer, Jazz Times, Guitar Player, Jazz Is as well as numerous jazz history and method books, Clark is a former faculty member of Drummers Collective, and is a popular and busy clinician around the country. His book Funk Drumming: Innovative Grooves & Advanced Concepts was published last year by Hal Leonard and is a best seller.

Called "the most sampled drummer in hip hop," Clark’s beats have been used on tracks by musicians as diverse as NWA, Grandmaster Flash, Britney Spears, Prince and many others.

His numerous recording credits include albums with Herbie Hancock, the Headhunters, Brand X, Eddie Henderson, Jack Wilkins, Mark Puricelli, Mike Wolff, and Alien Army, a group led by guitar great Jack Wilkins. As a bandleader, his release "Give The Drummer Some" was very enthusiastically received, earning a rare four and a half stars in Downbeat, as was "The Funk Stops Here," a joint effort with Hancock alumni Paul Jackson. In 2001, his solo CD, Actual Proof met with critical acclaim, as did the 2003 acoustic jazz release, Summertime, featuring Chris Potter and Billy Childs, which spent many weeks in the top ten charts.

Jazz Ensemble I, directed by Stephen Jones will also perform. No admission charge, no tickets required.