A Climate for Change: Global Warming Facts For Faith-Based Decisions 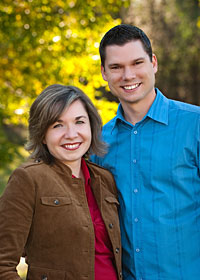 Two Texas Tech University researchers are tackling the global warming debate from a Christian perspective with a new book, “A Climate For Change: Global Warming Facts For Faith-Based Decisions.”

Hayhoe is a climate researcher who contributed to the Nobel-winning United Nations Intergovernmental Panel on Climate Change and the recent study conducted by the White House. She said the idea for the book developed from questions the couple received from people trying to separate climate change fact from fiction.

“This book came from conversations with friends who wanted to know the truth about climate change from a fellow Christian – someone they could trust,” she said. “We realized we had an incredible opportunity to speak out on one of the most pressing issues facing our generation. Most Christians are not scientists, and it’s hard to say how many scientists are Christians. In our family, we have both.”

The authors address common misconceptions about climate change, including global cooling theories and whether current warming trends are part of a natural cycle.

Hayhoe said many people have a tough time deciding if global warming is happening because the media is cluttered with competing and diametrically opposed viewpoints.

“The most important questions to start with are ‘is climate changing,’ and ‘are humans responsible,’ ” she said. “We have good answers to those questions: Yes and yes. We have overwhelming evidence that shows it’s already happening. It’s affecting our lives already whether we realize it or not. It’s not about blue or red or any kind of politics. It’s about thermometer readings and history. It’s about facts, figures and reality.” 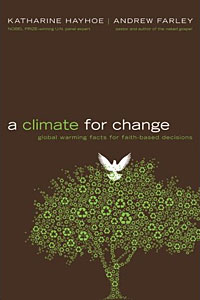 Christianity and the Climate

Farley, who recently authored the new book, “The Naked Gospel: The Truth You May Never Hear in Church,” serves as a nondenominational pastor at a church in Lubbock, Texas, where he said many don’t believe in global warming.

“Together, we have talked to people who are asking whether or not climate change is real,” he said. “They want to know if it’s a genuine crisis that requires our attention or if the whole thing is just a lot of smoke and mirrors. They also want to know what the Bible says, if anything, about a Christian response.”

He said that as Christians and good neighbors, the faith community should give the topic of climate change fair consideration. Given the effects the documented rise in global temperatures is already having on our world, it is important to take action now before it is too late to prevent more severe impacts.

“Love God, love your neighbors and remember the poor,” Farley said. “This was the unwavering mandate of the early church more than 2,000 years ago. And this is our solidly biblical motivation for caring about climate change today and how it already affects real people. Today it’s our global neighbors, even though they may be strangers to us, who are feeling the greatest effects of climate change and who will continue to feel those changes in the future. The poor and disadvantaged are the most vulnerable because they don’t have the resources – luxuries like heating and air conditioning – that will help us to adapt.”

“In terms of the future, there is an enormous difference between the amount of change and the impacts that we expect if we continue to depend on our current sources of energy as we have in the past, as compared to what our future holds if we transition to new clean home-grown sources of energy such as wind turbines that cover the High Plains of Texas.”

The book offers common sense ways each person can lower his or her carbon footprint including: