Rachael Price, a talented jazz vocalist, will perform at 7 p.m. Nov. 13 at the Allen Theatre in the Student Union Building. 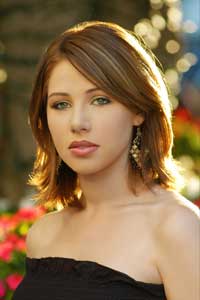 Rachael Price will be available to sign CD's after her performance.

Born in Australia, raised in Nashville, Tenn., Price began her career at the age of 18, opening for Joshua Redman at New Haven’s “Jazz on the Green,” and received a standing ovation.

When thinking of Nashville, jazz is not typically what comes to mind. The 22-year-old said she appreciates all kinds of music.

“Jazz hit an inner chord with me at the age of five,” Price said. “I heard Ella Fitzgerald’s rendition of The Lady is a Tramp. I didn’t understand the lyrics, but I liked the feeling it gave me.”

Price’s trio, which includes Erik Privert on bass, Warren Wolf on piano and Dave Brophy on drums, will accompany her.

Some of Price’s achievements include command performances for legends Sir Elton John at The Society of Singers, and Robert Goulet for the famed Shubert Organization, among others. In 2003, Price was tapped by the Grammy Foundation as a vocalist with the High School Grammy Jazz Choir, and she was a semi-finalist at the Montreux International Jazz Vocal Competition in France. In 2004, Price was the youngest competitor at the Thelonious Monk International Jazz Competition. August 2004 brought her professional U. S. jazz festival debut at Yale’s Jazz on the Green, opening for Joshua Redman.