Alumna to be Honored at the Hall of Fame Luncheon 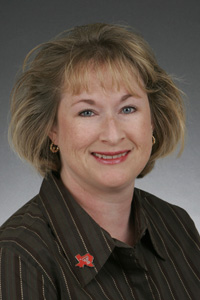 Linda Rutherford is vice president of communications and strategic outreach for Southwest Airlines.

The College of Mass Communications has announced the honoree for its Hall of Fame Luncheon.

She began her career as a reporter for Newsweek magazine in New York and later was a reporter for the Dallas Times Herald. She was also a reporter for several Dallas-area suburban newspapers, including the Carrollton Chronicle, the Irving Daily News and the Collin County Community College District.

Rutherford has attained many honors including being a 2008 inductee into the Public Relations Hall of Fame for PR News magazine. PR Week recognized Southwest Airlines as one of the five companies that “gets social media.” Her civic activities include being the vice president of community relations for the Lewisville Independent School District’s Education Foundation board of directors. She has been a featured speaker for numerous organizations.