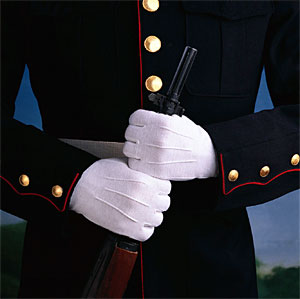 In August, Texas Tech was designated as a military friendly school by G.I. Jobs Magazine, ranking among the top 15 percent of colleges, universities and trade schools embracing America’s veterans as students.

On the heels of announcing record student enrollment this semester, Texas Tech University released numbers for veterans enrolled at the institution.

“Students using federal VA benefits such as the GI Bill for fall 2009 is at 446 compared to 326 last fall,” said Debra Crosby, assistant registrar. “That number, which is a nearly 37 percent increase, will most likely keep rising during the semester as more students come into the Veterans Affairs campus office to set up their VA files.”

Crosby said this year’s increase can be attributed to the new Chapter 33 Post 9/11 GI Bill, as about 225 of the 446 students are using Chapter 33. The bill has given veterans nearly unlimited financial means to go to school. Veterans can now enroll in any school, provided they are academically qualified, which has caused heavy recruitment of veterans at universities nationwide.

The number of students using the Hazlewood Act, which is a state benefit, also has increased about 25 percent, from 118 in fall 2008 to 147 for fall 2009. This semester, 16 of those 147 students are using both state and federal benefits concurrently.

“I am so excited to see more military, veterans, and their spouses and dependents on campus,” Crosby said. “We are diligently working to increase our services to this population.”

In August, Texas Tech was named to the 2010 list of Military Friendly Schools by the G.I. Jobs Magazine. The list honors the top 15 percent of colleges, universities and trade schools which are doing the most to embrace America’s veterans as students.