Former Texas Tech track star Leigh Daniel and her fiancé, Nick Cordes, passed round one in the marathon for a Today Show wedding. 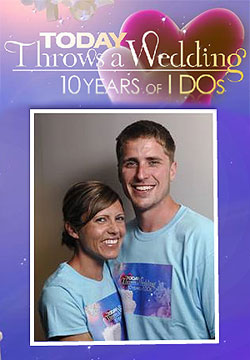 But the cross-country couple needs help continuing on its run to a live July 15 wedding on the Today show. Viewers vote each week for the couple of their choice, and only 88 votes separated the 3rd and 4th place couples during the first round of voting.