The National Ranching Heritage Center (NRHC) museum and historical park was established to preserve the history of ranching, pioneer life and the development of the livestock industry in North America.

The historical park consists of more than 30 authentic ranch structures that show the evolution of ranch life from the late 1700s through the early 1900s. 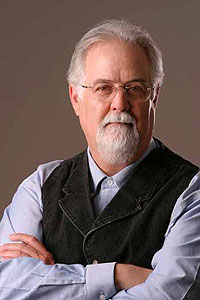 Andy Wilkinson is a writer, poet and performer of contemporary western folk music.

A rare, 10-year reprisal of the musical “Charlie Goodnight: His Life in Poetry and Song” by Andy Wilkinson will be staged Aug. 22 at the National Ranching Heritage Center (NHRC).

The event is the annual fundraiser for the Ranching Heritage Association (RHA). Activities begin with a patio reception at 7 p.m., including complimentary bar and food courts plus a silent auction and raffle. The concert will begin at 8:15 p.m. on a full stage constructed for the event in the NHRC's historical park. The concert is comprised of more than 15 songs with full band. Poetic narration explains each song, which lead listeners through the life of the famous cattleman/trail driver.

With Wilkinson on stage and in the recorded project were talented friends who helped as vocalists, background voices and musicians bringing historic characters to life. Most of the original cast members will be back for the concert’s reprise, with a few additions.

Admission is $75 each, with tables for six at $650 and for eight at $1,000. Table sponsors and underwriters will receive premier, reserved seating at the reception and concert and a copy of the “Charlie Goodnight: His Life in Poetry and Song” CD, which can be autographed by the cast that evening. Make reservations at www.nrhc.com or call Tim Bynum at the RHA, (806) 742-2498. 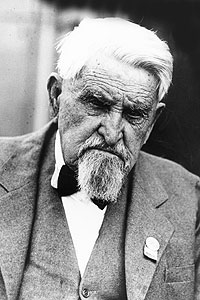 Charlie Goodnight was a well-known, Texas cattle rancher who helped establish the Goodnight-Loving Trail, spanning more than 2,000 miles from Texas to Wyoming.

“Charlie Goodnight: His Life in Poetry and Song”

Goodnight (1836 – 1929) was a cattle rancher in the American West, likely the best-known rancher in the Panhandle of Texas. Essayist and  historian J. Frank Dobie said that Goodnight “approached greatness more nearly than any other cowman of history.”

All of the songs and poetic transitions in the musical were written by Wilkinson, who is a look-alike descendent of his distant uncle, the man who helped establish the Goodnight-Loving Trail. Goodnight ranched in the Palo Duro Canyon area, where Wilkinson staged the first-ever showing of his now-classic musical.

Material for the musical comes from true stories of Goodnight’s life -- real events and people of the West who were his friends. More than drawing inspiration from these stories, Wilkinson thoroughly researched each song and poem, making personal trips to the same places where Goodnight traveled, lived and worked. He devoted hours to research in a number of libraries and museums and conducted interviews with people who had an affiliation with Goodnight.

Last staged at the NRHC in August 1999, the concert was accompanied by a CD and book, both of which reaped numerous awards. In all, the project is unique in the world of music.