Mary Jane Hurst is one of this year's 42 faculty and administration around the country to be named an American Council on Education Fellow. 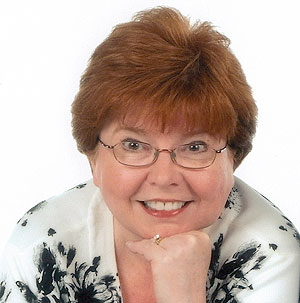 Mary Jane Hurst has served in a number of roles at Texas Tech including professor of English and faculty assistant to the president.

Mary Jane Hurst, president of Texas Tech University’s chapter of the Phi Beta Kappa Society, was named a fellow of the American Council on Education (ACE) on April 2.

Hurst, also a professor of English, is one of this year’s 42 faculty and administration honorees announced by Molly Corbett Broad, ACE president. She is the sixth Texas Tech ACE Fellow.

“I am very honored to have been selected as an ACE Fellow,” Hurst said. “I am grateful for the learning opportunities that lie ahead.”

As part of her duties as a new fellow, Hurst will spend the next year working with the president and leaders of another university, to be named later by ACE.

The ACE Fellows Program, established in 1965, is designed to strengthen institutions and leadership in American higher education by identifying and preparing promising senior faculty and administrators for future positions in college and university administration. Prospective nominees are nominated for the fellowship by the presidents or chancellors of their institutions.

“We are extremely pleased with the new fellows,” said Sharon A. McDade, director of the ACE Fellows Program. “The individuals selected have demonstrated strong leadership. The Fellows Program will sharpen and enhance their leadership skills and their network, and the program will prepare them to address issues of concern to the higher education community.”

Hurst served from 2000 to 2005 as associate dean for the College of Arts and Sciences and then from 2006 to 2008 as faculty assistant to the president.  She led and directed the university’s successful Phi Beta Kappa initiatives that resulted in Texas Tech being only one of three public universities in Texas, and among only the top ten percent of universities nationwide, to shelter a prestigious Phi Beta Kappa chapter. She created and developed Texas Tech’s Presidential Lecture & Performance Series among many other contributions to Texas Tech.

Hurst earned her Bachelor of Arts in English at Miami University and her master’s and doctoral degrees in English (language and literature) from the University of Maryland. A faculty member at Texas Tech since 1986, she has earned Texas Tech’s President’s Excellence in Teaching Award, the Faculty Distinguished Leadership Award and other honors.

Founded in 1918, ACE is the major coordinating body for all the nation’s higher education institutions, representing more than 1,600 college and university presidents, and more than 200 related associations in the United States.

Phi Beta Kappa , the nation’s oldest academic honor society, was established in 1776 at the College of William and Mary. Its mission is to champion education in the liberal arts and sciences, to recognize academic excellence, and to foster freedom of thought and expression.