Miguel Levario is an assistant professor in the Department of History in the College of Arts and Sciences. He is an expert in Mexican American and Latino history. 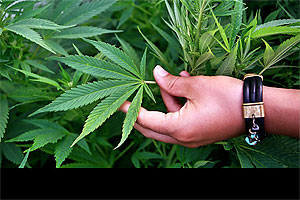 According to the Associated Press, drug violence dropped 26 percent between January and March of 2009 compared to drug-related violence during the same time in 2008.

While recent Mexican drug violence has caused scary headlines, travel warnings, and some in government to consider sending U.S. military to the southern border, a Texas Tech expert on border history says that an increased Mexican military presence at the border has helped to contain the fight for the Juarez drug corridor. Miguel Levario, an assistant professor of history, says that the violence has created a media feeding frenzy in the United States, but Mexico is far from becoming a failed nation. As tragic and unnerving as the deaths are, he said that the violence is not seeping across the borders as some stories and pundits may imply.

A recent story by the Associated Press said drug violence dropped by 26 percent in the first quarter of 2009. About 1,960 people were killed in drug-related violence between January and March of 2009 compared to 2,655 deaths during the same period in 2008. “It’s interesting to see the level of sensational reporting coming out from this,” Levario said. “You hear that violence has spilled over into the United States, and it hasn’t. Border cities like El Paso, Yuma and San Diego have not experienced significantly increased violence to draw a connection. As a matter of fact, El Paso is still rated as the third safest city in the country. And that’s just across the river from Ciudad de Juarez, which is arguably the epicenter of the Mexican violence.” Mexican President Felipe Calderon has done several things to address the situation, Levario said. Calderon has militarized the northern border and mobilized thousands of troops to Juarez, Tijuana and other border towns. Since then, violence has decreased dramatically. Also, the United States government has contributed to help rebuild Mexican local and state government infrastructure. “The U.S. has issued hundreds of billions of dollars to rebuild infrastructure at the local and state level,” he said. “Juarez has had to rebuild its police department basically from scratch. Its police chief was forced to resign under threat of death. His family was relocated along with the mayor. With that and the help of the Mexican military, things are looking like they’re improving but again this is a short-term solution for a long-term problem.” While an end to the violence doesn’t look close at hand, both countries will have to work together to find a solution, Levario said. American demand for drugs drives the drug smuggling operations in Mexico, and Calderon has made sure to keep America’s fault in the problem in the discussion. “The United States is largest consumer of drugs, there’s no question about it,” he said. “Also, 90 percent of weapons possessed by drug cartels are bought in the U.S. The profits these cartels enjoy come from the U.S. So, from the simple supply-and-demand aspect of it, America is at least 50 percent responsible for what has happened. Calderon has been very careful of keeping that in the discussion. Some have been very critical of those allegations, but again, they’re very real. This is a bilateral problem.”

Like many examples in history, the current drug violence and media coverage mirror an earlier time, he said. Go back nearly 90 years ago, and the media frenzy surrounding Al Capone and the illegal bootlegging from Canada mirror the same kind of issues and concerns now playing out at the southern border of the U.S. And the same kind of media hype. “If we look at the Prohibition period and Al Capone, today’s events are somewhat similar,” he said. “In the ’20s, Al Capone in Chicago was, for the lack of a better term, knocking off his rivals using intense violence. This was a repercussion from the criminalization of liquor and alcohol. There was a high level of corruption among state and federal officers on the border and in the interior of the United States at the time like we’re seeing in Mexico. So from a historical perspective, we’ve seen this cycle before.”