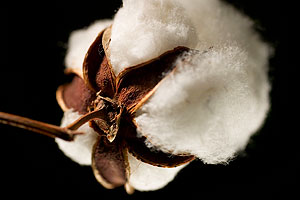 The study shows that agricultural support is increasing not only in industrialized countries but in developing countries as well.

U.S. agriculture subsidies may get lambasted by the international press for suppressing farm prices abroad, but a study by Texas Tech University economists finds that developing countries are equally, if not more, prone to protecting their agricultural sectors.

The resulting report, "Crop Subsidies in Foreign Countries: Different Paths to Common Goals," found that while policy tools employed by governments may differ, agricultural support is increasing not only in industrialized countries such as the U.S. or Australia, but in developing economies such as those of China or Brazil.

“U.S. agriculture has been openly criticized by international organizations and eminent academicians for its subsidies and protection programs,” study authors wrote. “Overall, the study concludes that agriculture has a special status in both developed and developing countries with a wide variety of subsidy and protection instruments in place. Developed countries certainly subsidize and protect their agricultural sectors.”

Funding for the research was provided by the Cooperative State Research, Education and Extension Service, USDA through the International Cotton Research Center and Texas Tech’s Larry Combest Chair of Agricultural Competitiveness.