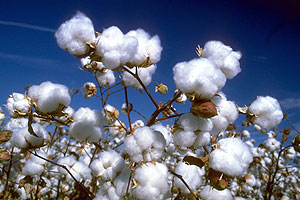 Agricultural economists believe it could take six to eight years before price improvements are seen in the textile industry.

Annual forecasts released by the institute show a substantial decline in Chinese mill use, which consumes about 50 percent of the world’s cotton crop. This should result in increasing cotton stocks over the next year or two, driving prices down.

“The weak economy is taking a heavy toll on textiles,” said CERI Director Darren Hudson. “If we see economic recovery beginning in late 2009 or 2010, we would expect to see recovery in mill use two or three quarters later. Right now, we are forecasting farm price around 50 cents per pound this year.”

Researchers also forecast that cotton acreage will continue to decline after several years of high grain prices and lower relative cotton price. Hudson said researchers expect to see more substantial reductions in cotton acreage in the Mississippi Delta area, but that decline in U.S. production is more than offset by overall production increases in Brazil and India.

The result is that the U.S. continues to lose market share in the global cotton market.

“The bright spot,” Hudson said, “is the future.”

Forecasts show price improvements over time and suggest that prices will increase from a farm level price of about 50 cents per pound this year to around 70 cents per pound over the next six to eight years.

“As long as we get modest economic recovery starting next year, we expect to see prices recover.”