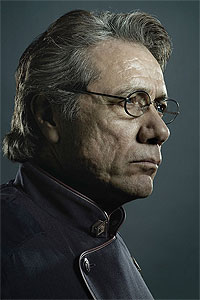 Olmos devotes much of his time to causes focusing on the needs and rights of children.

Though widely recognized for his film and television career, Olmos also spends a great deal of time working for social and political causes, particularly as they have affected his native Latino heritage.

Though he struggled early on in his acting career, taking bit parts on popular television shows in the 1970s, he eventually found success. Starting with his Tony-nominated performance in “Zoot Suit,” in 1978, Olmos developed into a highly-acclaimed and sought-after performer. He became a household name with his first regular series role, playing Lt. Martin Castillo on the hit television show “Miami Vice” from 1984 to 1989. He also appeared in the movies “Stand and Deliver” and “Selena” and currently is Admiral William Adama on “Battlestar Galactica.”

Tickets are available at the Cross Cultural Academic Advancement Center at (806) 742-8681.