Women will discuss female roles in the Middle East, among other topics. 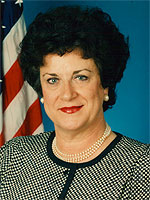 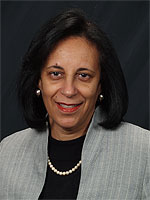 The International Cultural Center (ICC) will host a discussion by two female ambassadors at 5:30 p.m. Nov. 6, in the auditorium of the ICC at 601 Indiana Avenue. The event is free and open to the public.

Ambassador Hunaina Sultan Al-Mughairy, Omani Ambassador to the United States, and Ambassador Frances Cook, former U.S. Ambassador to Oman, will speak in a question and answer format, answering queries offered to them by Ambassador Tibor Nagy, vice provost for the Office of International Affairs.

Cook, who also served as ambassador to Cameroon and Burundi, was the first female to head a U.S. diplomatic post in the Middle East – Alexandria, 1983. Al-Mughairy is the first woman envoy to represent an Arab country in Washington, D.C.

“Both women are eager to improve the image held by some in the United States about Arab women,” said Jane Bell, director of operations of the ICC. “The evening should provide many insights into topics such as women’s roles in the Middle East and how Oman is important to the U.S.”