Could Advancements in Health Get Hotwired to Harm? 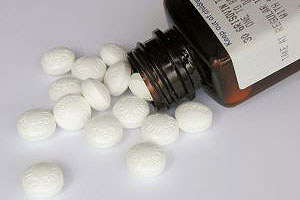 Technological advancements in specific fields of neuroscience have implications for U.S. national security, and the intelligence community should monitor them closely, according to a new report from the National Research Council, sponsored by the Defense Intelligence Agency.

To do so effectively, intelligence organizations need analysts with advanced scientific training and resources to study neuroscience research and its technological applications, said Alice Young, a Texas Tech University professor of psychology and a professor in the Department of Pharmacology & Neuroscience at Texas Tech University Health Sciences Center. Young served on the committee that wrote the report released Aug. 13.

“We were looking at what kind of threats may arise from the development of drugs for therapeutic use,” said Young. “What if they were used in some unintended way? What is the future landscape of the type of threats that could occur and how could you detect these possible threats in the future as new drugs or medical technology become part of our health care?”

The committee attempted to uncover possible ways medical technologies ranging from MRI and new drug treatments to improvements in prosthetics could be used against U.S. security, she said.

Could the virtual world created by gamers be used to train enemy combatants faster? Could new drugs to help people with attention deficit hyperactivity disorder be used to give an enemy some sort of edge? Could the cosmetic Botox be used to overcome a piece of equipment that detects facial characteristics people display when they lie?

“These may be areas intelligence experts would want to keep an eye on,” she said. “I think it’s important for national security that analysts think about what sort of issues may arise in the future as academic and commercial research continues to rapidly expand technology and its abilities.”

The intelligence community has had a long-standing interest in monitoring global technology trends that could affect U.S. national security. However, in fields where technology is advancing rapidly, the pace and breadth of research can overwhelm analysts. In addition, few intelligence analysts have scientific skills specialized enough to allow them to recognize significant advances in highly complex and emergent fields.

A 2005 National Research Council report delved into the neuroscience field and identified several research areas that could be of interest to the intelligence community: neurophysiological advances in detecting and measuring indicators of psychological states and intentions of individuals, the development of drugs or technologies that can alter human physical or cognitive abilities, advances in real-time brain imaging, and breakthroughs in high-performance computing and neuronal modeling that could allow researchers to develop systems which mimic functions of the human brain, particularly the ability to organize disparate forms of data.

Young also is professor in the Department of Pharmacology & Neuroscience in the Graduate School of Biomedical Sciences at the Texas Tech University Health Sciences Center.