Book draws link between the 1934 establishment of the Tribal Council System and the 1973 siege at Wounded Knee. 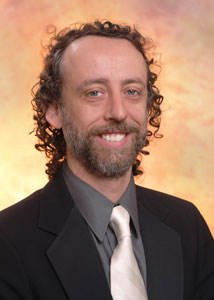 Akim Reinhardt's book, published by the Texas Tech University Press, contains previously overlooked materials.
A new examination of the politics of the Oglala Lakota Sioux tribe has won the Great Plains Distinguished Book Prize, given by the University of Nebraska-Lincoln’s Center for the Great Plains Studies. The book, “Ruling Pine Ridge: Oglala Lakota Politics from the IRA to Wounded Knee” by Akim D. Reinhardt, is published by Texas Tech University Press. Reinhardt’s book is an effort to reinterpret the 20th century political history of the Pine Ridge reservation in South Dakota. Reinhardt argues that the establishment of the tribal council system under the Indian Reorganization Act (IRA) of 1934 may, in a broad sense, have triggered the occupation at Wounded Knee almost 40 years later, a contention that challenges some earlier interpretations of Wounded Knee. Reinhardt believes that the council system of government was never supported by a large portion of the reservation population. “Many believe that Wounded Knee was an isolated incident in and of itself that was orchestrated by outsiders, particularly the American Indian Movement (AIM),” he said. “I believe that while AIM came to play a large role, once it became a protracted siege, the initial occupation was really a local, grass-roots protest against the council system in general and the specific administration of tribal council President Dick Wilson.” Reinhardt uses previously overlooked materials including tribal council records, reservation newspapers and interviews with Pine Ridge residents to make his case. “My research shows that those opposed to the system at times did not participate in it and at other times actively protested it. Of the many protests that occurred, the most dramatic of these was Wounded Knee,” he said. The occupation of Wounded Knee, a town on the Pine Ridge Reservation, began Feb. 27, 1973. Before the occupation ended on May 8, a significant force of local and federal law enforcement officials were on the scene, two of the occupiers were killed and a U.S. Marshal had been wounded. Reinhardt’s interest in Wounded Knee began with his master’s thesis, which dealt exclusively with the time and issues immediately leading up to the siege. His doctoral dissertation expanded his research back to the early 1930s and became the basis for the book. The author says he’s not interested in the award on a personal basis, but hopes it will bring attention outside of academia to the history of the Lakota people. “As a modern historian my research focuses on people,” Reinhardt said. “The book is about the reservation and the people who live there. Many of the people I’m writing about are still alive. I want to share what I’ve found with the Lakota people and hope that it can help make a contribution to their lives in some small way by helping to shine more light on their history.” 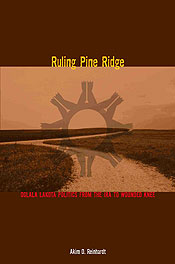 "Ruling Pine Ridge: Oglala Lakota Politics from the IRA to Wounded Knee" examines the political history that shaped the Oglala Lakota reservation during the mid-twentieth century.

The Great Plains Distinguished Book Prize is awarded by the University of Nebraska-Lincoln to the best full-length, professionally published English language book on the Great Plains.